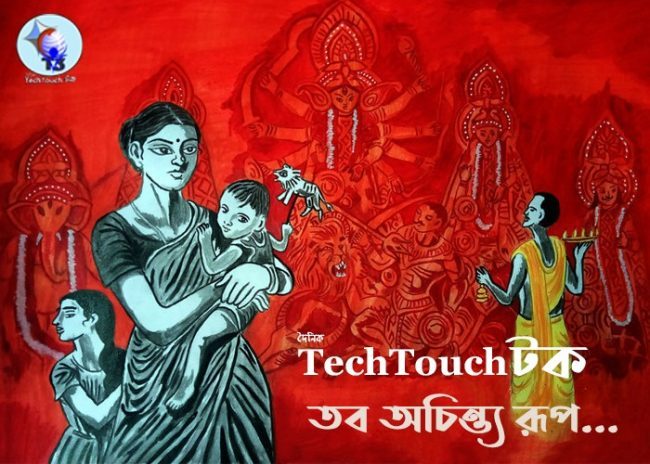 The day my brother started scribbling

It was Saturday, I sat down in front of the small stool, facing our huge bookshelf. I used to call it our ‘own personal library’ when I was younger. And it was pretty good for just a bookshelf, umm… how do I explain it now? It is wooden, polished and roughly L-shaped. But now, there is someone else who is more interested in it. My aunt and uncle came to our house last Tuesday, they would be staying for only two weeks . And along with them came my little cousin brother, Goltu, who is five years old. Every once in a while, he would come into the living room, and look up at the bookshelf and with a wondrous awe says, “So big!”

“Yes but would you like to read anything from there?” I said, when it was the fifteenth time he admired our bookshelf.

To this he frowned and looked at me abruptly, “No” was the answer he gave me.

“I can only read cat, bat and mat,” he said, with a little bit of thought, “And I can also sing ‘Baa Baa Black Sheep’, Would you like to hear it?”

” No no no,” I said hurriedly, ” We are going to do something else. I can read you a story, that way you won’t have to read anything.”

“Why do you want me to hear a story?” My brother asked me, and he asked me this question with such strong determination, that I was kind of taken aback by his tone.

For the answer, well obviously I didn’t give him an honest one. You see, my aunt and my mother went shopping, my father went to the bazaar, and since my uncle came to Kolkata for work, he was at his office. That meant that I was the only person to look after my brother at that moment. Now I was too tired to play hide and seek with him, I have been doing extremely complex sums of Compound Interest since morning, I had a headache and I knew that if I didn’t keep a constant eye on my brother, he would be up to something dangerous.

Yesterday I saw him in the kitchen, he had pulled up a chair and stood on it and he was leaning on the gas stove, to see how rice was being cooked, in a PRESSURE COOKER! I knew what would happen if the whistle went off, but my aunt somehow convinced him to come down.

Anyways, I thought that reading to him would interest him, and I too wanted to read a book to distract myself from maths!

So I said “Listening to a story is the most interesting thing ever, and reading it by yourself, that is far better.”

My brother looked at me like that was the most boring thing he had ever heard, but he was sensible enough to pick up one book from the bookshelf.

“Which book did you select?” I asked, sounding a bit joyous and relieved.

Of all the books there were at the bookshelf, my brother had selected a big, black and particularly old one. He read very slowly, ” C- R – I – M – E, crime, AND, pun-ish-ment.”

” No, no no….put it back, I will read something else for you,” I said quite instantly.

The name of the book might have perplexed him, otherwise he wouldn’t have put it back so quickly without asking me a ton of questions about it. He turned back and looked very carefully at each and every book in the bookshelf, and this time he selected a very thick book.

“Which book did you select this time?” I asked .

“THE DIS-COVER-Y OF INDIA,” he read again.

” Okay, all right,” I said, finally getting up from my stool, “Let me choose one for you.”

I walked up to the shelf, pick up couple of books I used to read when I was five years old. “There are some Moral story books which I am quite fond of, I think you will like them too, let’s read this, what do you say?”

There was no answer.

“Hmm? Come on, tell me or I will look for some other book.”

Still no answer. I turned back and saw that he wasn’t there. ” Come on? Where are you?” I cried.

Soon enough, my little cousin came into the living room, with a huge grin on his face.

“Here, read this for me!” he said, holding up something which looked like-

“My personal diary! Where did you get this?

Give it back!” I said with a huge frown.

“Beside the television cabinet, it was lying open,” there was a pause, “and quite forgotten.”

“Give it back,” I said, sounding a bit impolite.

“Of course I will give it back, but just read out something from here,” he said with a mischievous smile.

I snatched the diary from him and cleared my throat, “We don’t touch things that don’t belong to us, now I will keep this somewhere else.”

After a while, he started yelling, he insisted that I read him something from my diary, and he wouldn’t listen to any of the excuses which I gave him.

“Read something from here! Please Didibahi!” he started nagging.

“There are so many other books here, choose something else,” I retorted back.

“No this one, right here!” He said, pointing towards the violet coloured diary. “I want to hear what you have written!”

“Well then, why didn’t you try to read it yourself in the first place?” I asked, but then regretted doing so immediately because his entire face went red, and was accompanied with a heavy frown.

“I CANNOT READ YOUR HANDWRITING!!” He said at once, “I can only read big, shining letters, not these, these….. curly, lines which look like noodles and make absolutely no sense!”

There was a long pause, no one spoke for a moment. My brother Goltu had a determined look on his face, and I stood there with folded arms, equally angry.

Even though I was angry, I still gave his demands a thought. Would it be all right if I read him, maybe only a bite-sized story from my diary?

“All right,” I said with a sigh, “I will read out only one story for you, will that be all right?”

He sat down on the tool, and waited patiently for me to start reading.

I began, “Once upon a time when it was cold, there was a little toy tiger who was kept outside in the gardens to look after the baby plants which needed warmth and safety. But at the end of every fortnight, the toy tiger sprang into life, and would hop from one plant to another to make sure that each and every one was safe….”

I couldn’t understand how my little brother was so mesmerized by what I had written. Honestly speaking, if I saw that a particular toy animal of mine had come to life I would probably chase it with a fly swatter because the sight of a toy tiger running around my room would definitely terrify me.

“Then, suddenly one such fortnight, a big brown eagle swooped down from the sky, destroyed the garden and the baby plants and ate the little tiger. The end!”

My brother sat with his mouth wide open, looking betrayed!

“I hope you are happy! This was a fine story, wasn’t it?” I said smiling.

“This was very…,” he said slowly, “very bad. But you can do better, so feel free to apricot yourself.”

“I think you mean appreciate,” I said.

“Yes, it is the same thing.” He said simply.

I couldn’t say anything in return so I just stood there and let out a deep sigh!

Soon after, father came back home, followed by mother and aunt. Uncle came home at night because of the heavy traffic. Luckily, after the grown ups of the family had come back, they looked after my brother.

The story doesn’t end here. Next day, I saw my brother walking around with a small pocket notebook, and scribbling things in it. I think he liked the idea of a personal diary after all!